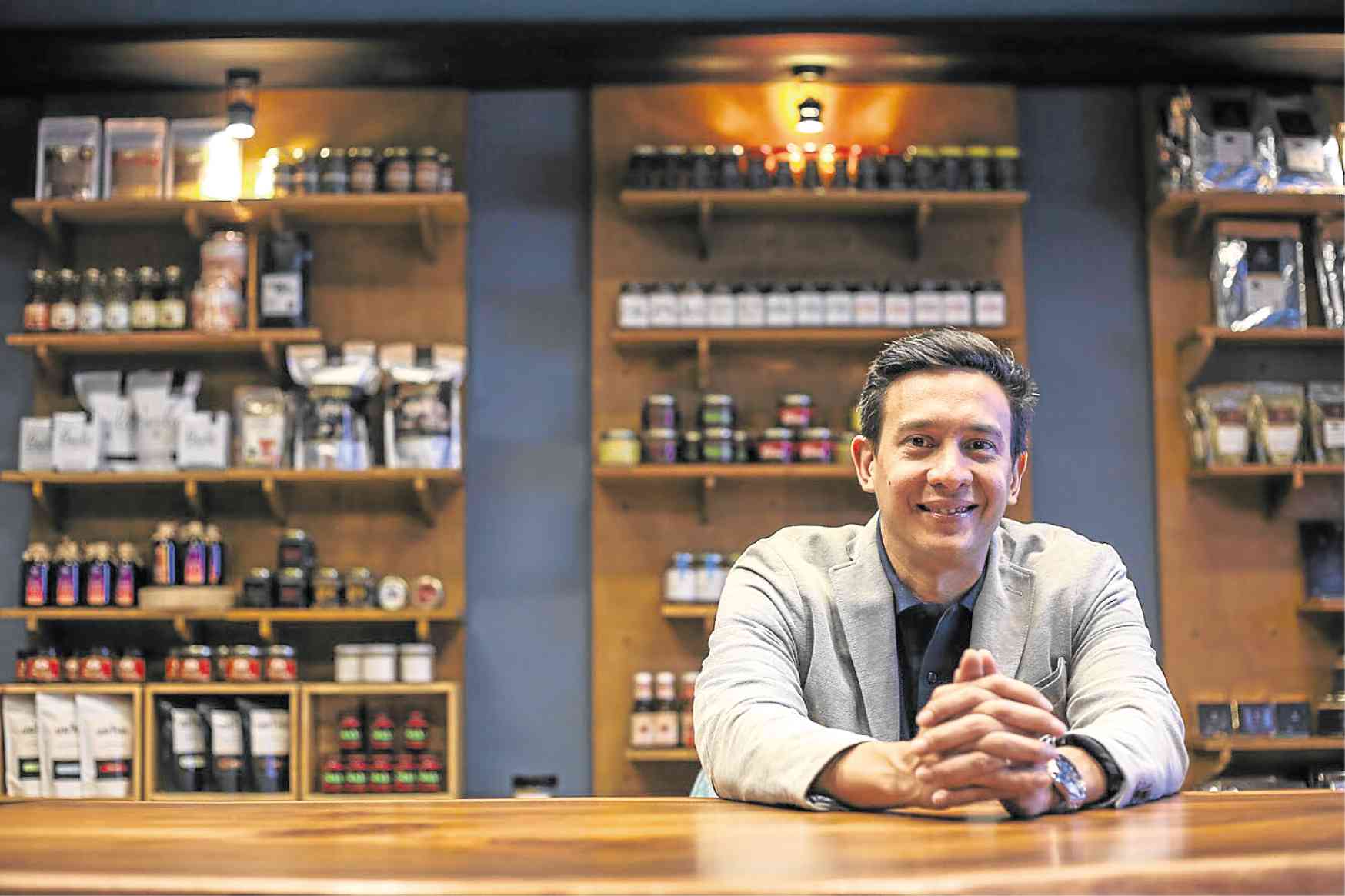 Rob Afzelius —Earvin Perias
Have you ever found a unique item in one of those pop-up bazaars, and then try to look for it again when you return, only to discover that the merchant is nowhere to be found?

That was what happened to the founders of “online bazaar” Karton.ph, which prompted them to put up the e-commerce website, says its general manager Rob Afzelius.

There was, however, another goal they wanted to achieve: to promote Filipino products by providing another sales channel to entrepreneurs seeking to reach a wider market.

Hence, Karton.ph has, for the past two years, been selling nothing but the best Filipino-made products the company can find. From food to cosmetics to accessories and even art, one is sure to find unique local products on the website.

“I think a lot of Filipinos want to support local products, but they will not go out of their way to find these products,” says Afzelius. “It really matters that it will be available to them easily. If you’re there, and you’re Filipino-made, there’s a higher chance of people buying you.”

In the course of setting up the website, Afzelius says they discovered one more thing about the products and merchants they signed on: Each of them had a story to tell, or an advocacy to share. Thus, Karton.ph has also become a venue for sellers to share the stories behind their wares, as each merchant has a page describing their brand’s journey.

“We realized that these are more than just products; these are the passions of the sellers, which extends to communities, families. Sometimes it’s very, very personal because some of the products were created because of the needs of their kids,” says Afzelius.

The company takes care of warehousing sellers’ items, should they opt to do so, as well as delivery, which Afzelius says covers mostly the greater Metro Manila area. He admits that while they have accepted orders from provinces as well as internationally, the cost of shipping makes it difficult to sustain a customer base in areas outside Metro Manila.

“To be honest, we haven’t really pushed for that because sometimes the delivery cost is more expensive than the product. Surprisingly, some people are really willing to spend despite the shipping cost,” he says.

Their bestsellers, says Afzelius, are both food items: Auro Chocolates, which are made from cocoa sourced from organic farms in Davao, and Barik Supremo Lambanog from Quezon. Cosmetic products like shampoo bars also do well.

“We’re also trying to venture outside the regular goods, because our thrust is anything Filipino. So paintings, furniture, these type of products. Arts and crafts are really a priority for us, moving forward,” Afzelius adds.

Karton.ph’s warehouse and office is inside the LRI Design Plaza in Makati City, where they also have a small showroom and store—a far cry from their early days when they were simply shacked up in a condo unit. The website has around 1,000 products available, and Afzelius says they enjoy a consistent sales trend every month.

“Easily, we have at least 100 customers who come back to us regularly,” he says.

Still, there is much room for Karton.ph to grow, especially since they have yet to actively offer nationwide delivery. Afzelius says Karton.ph’s business model has relied on a “slow and steady growth,” and that the company, manned by a team of six, is “still far from where we want it to be.”

“I still have a day job,” Afzelius says. “But we have  dedicated staff who work on Karton.ph full time. They are the company’s best assets.”

Next year, he says, will be an exciting one for Karton.ph, as the company will be ramping up its offline presence to complement the online store. Aside from its Makati store, the company sells products at a resort in Batangas, and will be opening two more shops in Dumaguete and Palawan.

As the business was inspired by bazaars, Afzelius says they also plan to roll out Karton.ph-branded bazaars, which they plan to build as a franchise. “For those who want to get into bazaars, why not provide them with the brand of Karton, and still let them carry their own products? That, I think, will be a game changer; wherever you are in the Philippines, you can become part of Karton.ph. That should be exciting,” he says.

Warehouses in the Visayas and Mindanao are also in the pipeline to widen their delivery coverage. One key issue the company also plans to address is product supply, as it remains a struggle. Afzelius says some sellers need constant reminding to update their inventory on the website.

“There are some who are very diligent; some, forgetful. We’ve also had to take out some merchants who are not interested anymore to pursue [selling online]; I think some just try it out, realize it’s not for them, and maybe get impatient,” Afzelius says. “I guess it’s a cycle for some businesses—maybe it’s not the right time for them.”

This is why the company urges their merchants not to place their products exclusively on Karton.ph, but to try selling on other online platforms as well, so they can “fully commit to the process,” says Afzelius.

After all, the Karton.ph team will always remain committed to their ultimate goal: to showcase the best of what Filipinos can offer.

“We encourage merchants to go online on their own, find other avenues to sell. We are one, and they don’t have to be exclusive to us. We want them to succeed, and we are just an enabler for them to do so,” Afzelius says.