Cheryl Tiu who is a magazine editor active in the Philippines based in the name of Cross Cultures and performs various food events. Having wanted to know the taste of the hometown Philippines, she has been using Chef Gonzarez Chef of Gallery Vask who is using the Philippine ingredients and cherishes its culture, while offering sophisticated expression in European style, Pepitas Kitchen pop-up event of this time held that I wanted to let you know the more native food culture, which was different from fine dining though I went to various events. 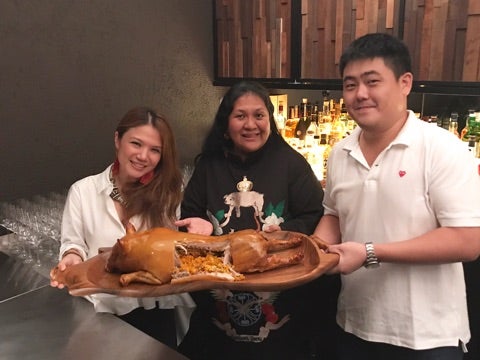 From left, Russell, who is involved in management of The Horse's Mouth with Cheryl, Dedet, Cheryl's cousin  .

Among Philippine cuisine, special cuisine served in special celebrations such as Lechon (whole pork baking). Pepitas Kitchen is a popular Lechon specialty shop in Manila. Dedet Dela Fuente, also known as "Lechon Diva", introduced at CNN international and Forbes, is an event this time that he acts a variety of Philippine cuisine courses around Lechon. Rather than tailoring it to international taste, it is a style that brings the taste that is more loved by the people of the land as it is.

The venue was a sister store of Orchard's Kyoto cuisine and Yoshiyuki Kaiseki, borrowing the bar next door, Horse's Mouth, and it was an event. 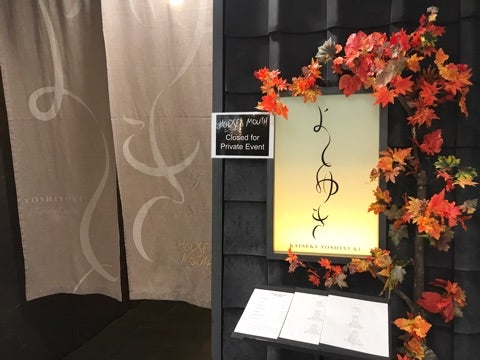 Wine is offered by Tyrrell's of Hunter Valley. 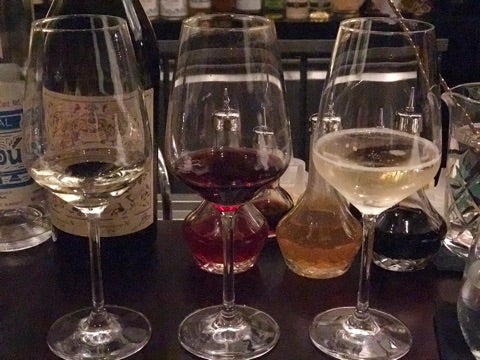 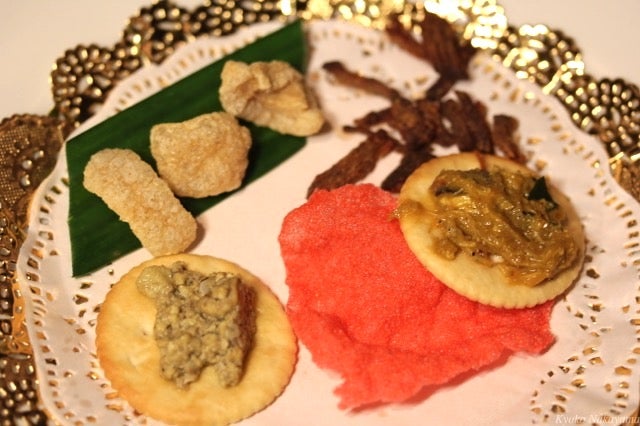 What a nata de coco in the salad. A dressing feels like sweet vinegar is applied. Dedet's original, which also contains carrots and cashew nuts. 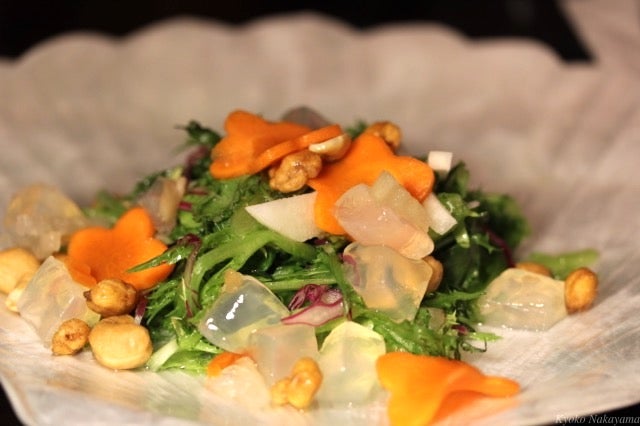 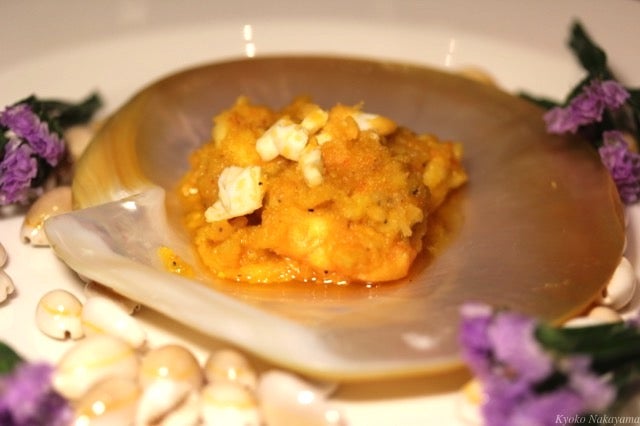 There is a popular noodle in the Philippines called Lucky Mee (Lucky Me, with a meaningful word), but it is a unique naming called Lucky You.

Boiled coconut cream simmered with pork with rice is on the boiled wheat noodles like pasta. 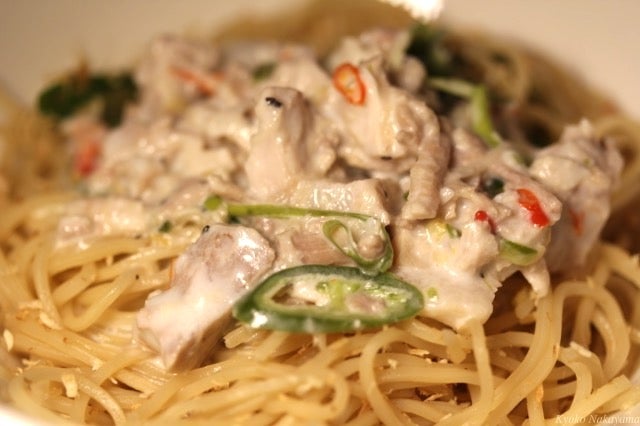 Granite and Solvé appeared instead, somewhere a nostalgic ginger like cold candy and palm sugar ice candy and Calamansie's ice candy. According to the Filipino people who are next to each other who have become friends, it is the local way of eating to chew and open the end of those who do not tie. 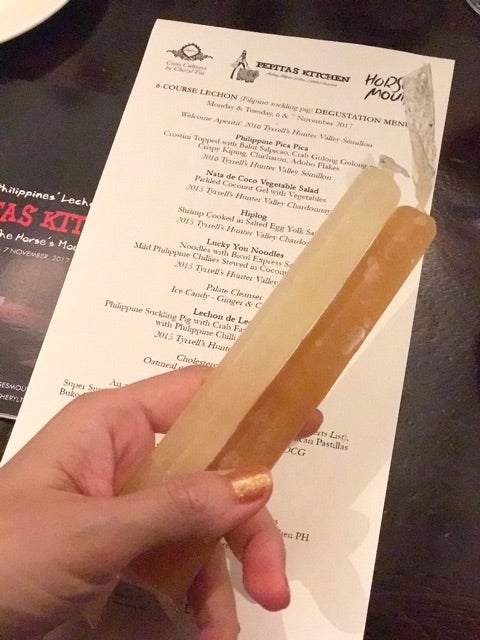 And this is the roast of a signature breast only piglet. 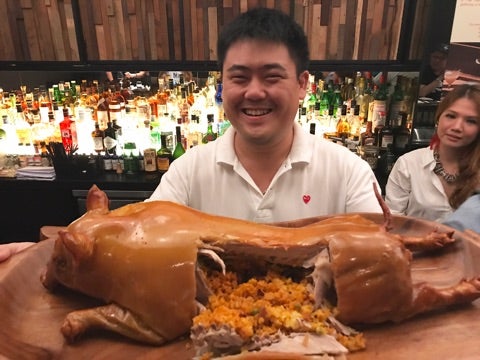 The characteristic of the round grill of the piglet of the Philippines is that rice cooked inside is contained. There seems to be various fillings like pilaf, but here is rice cooked with crab miso and chorizo together.

This time it seems to have baked 5 kg piglets for 5 weeks after birth, but in Manila it usually seems to have baked 9 kg size piglets. Since the surface was very shiny, I asked if I dried it or painted something, but I did not do anything special, so I baked it in a normal oven. Tips for grilling, gradually lower the temperature from 400 degrees. It seems to have burned for about 2 hours this time. 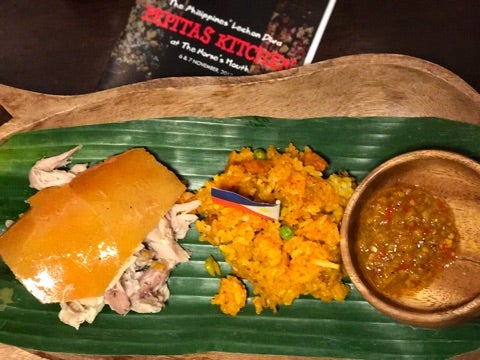 There is a thick calico layer on the surface as if the candy was broken, and a layer of juicy fat under it. Below is a soft meat like a steamed boiled, and a pilaf that sucked the umami. The original Labuyo sauce you combined, with reasonable acidity and sweetness, was a taste that pulls out the flavor of this pig and draws afterwards. It seems to make chili and mango, calamansy, just a little pineapple. 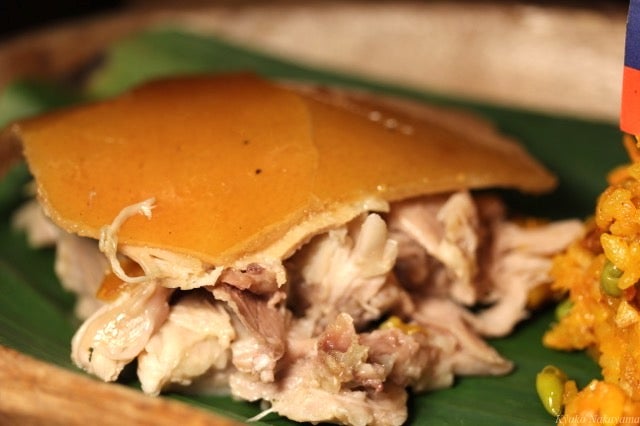 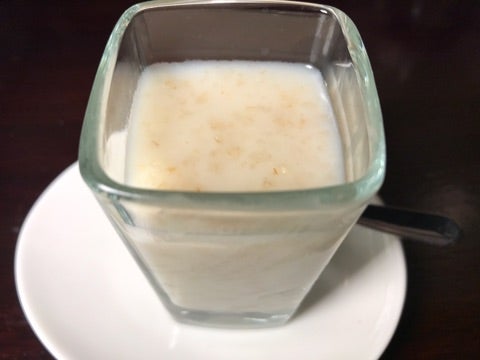 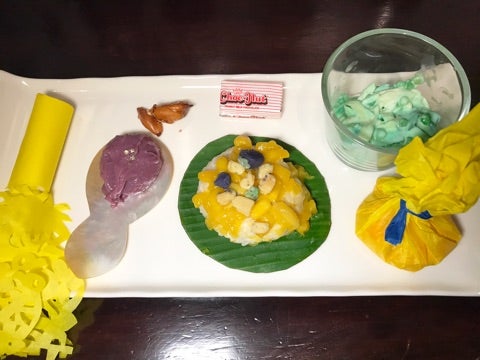 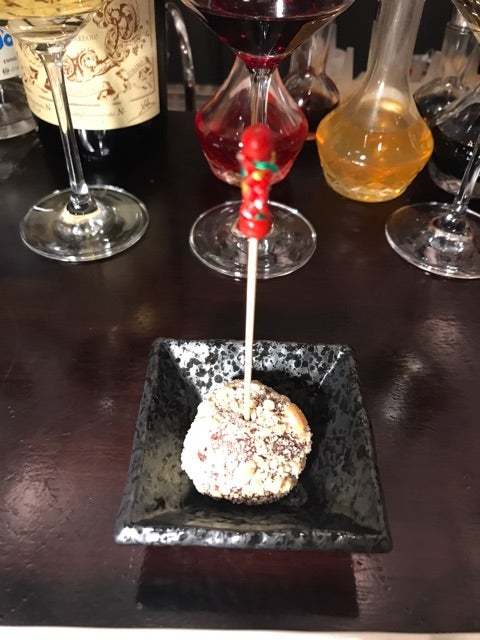 Dessert with 64% of chocolate Auro made in the region of the Philippines · Davao region, using cocoa's ones, studded cashew nuts around.
When you talk to Managing Director Mark Mendoza Ocampo, Auro is Spanish, and Philippine Tagalog also means "gold". Although the Philippines recently cultivated 100% of criollo species that are attracting attention as rare luxury varieties, they have been replaced by other varieties with higher yields in recent years, the current proportion is 5 to 10 %. Working on the cultivation of Criollo seeds originally and educating cultivation technology and fermentation technology for 2000 farmers contracted with getting government assistance to cultivate high quality cocoa beans . Purchasing at the maximum quality of beans and perfection of fermentation at the maximum of normal beans, motivation is raised and I am working hard to make Philippines one of the biggest brands of cacao beans. It was also exhibited at Salon du Chocolat in Paris which was held the other day, and it seems that we are planning to submit to international competition more and more from now. Cocoa beans that the ancient Aztec era had the same value as gold. Like gold, in the future, cacao beans will bring richness to the Philippines. 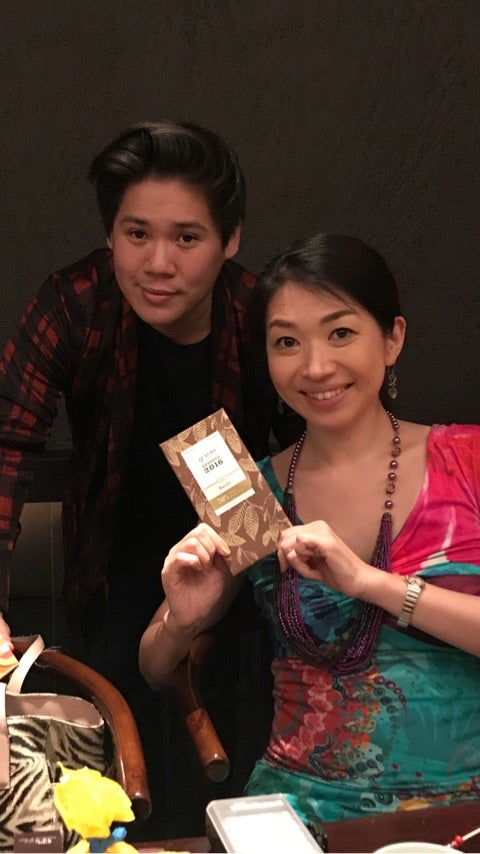 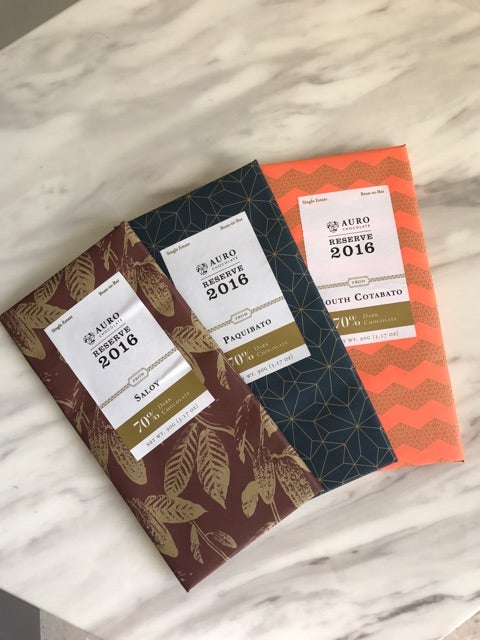 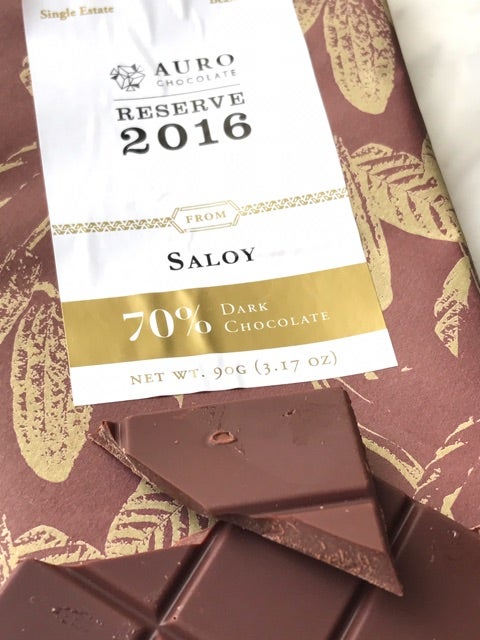 The color is shallowest among the three.


First impression, like coffee, honest smell. Because bitterness is not so strong , sourness is strongly felt among the three

Sour taste like fresh red currant lasts. Even if there is sour taste, bitterness is small, so not heavy acidity, light impression. 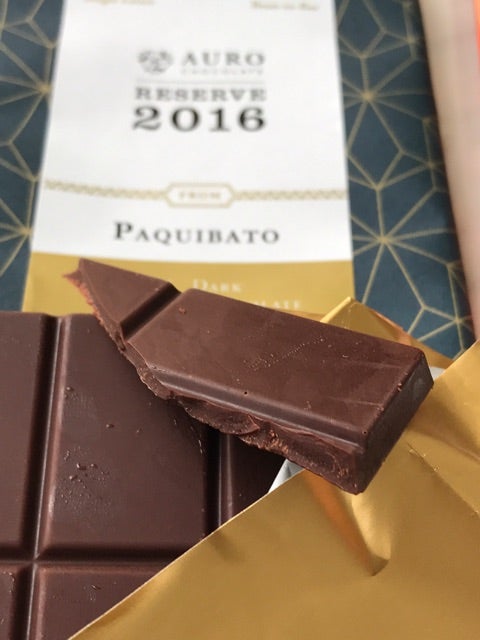 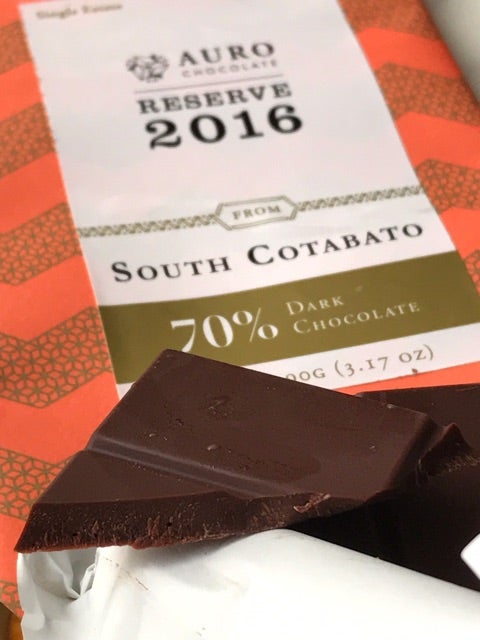 The first impact is a refreshing feel like mint, this is also a rounded sweetness like malt sugar, a little spicy sweet scent like cinnamon and almond essence remains in the aftertaste.

All are balanced and pure taste.

Because it is due to lightening the roast, there is no weight like the brand of South America, it was not as light as Taiwanese brands that I had previously received, it was just like an intermediate. 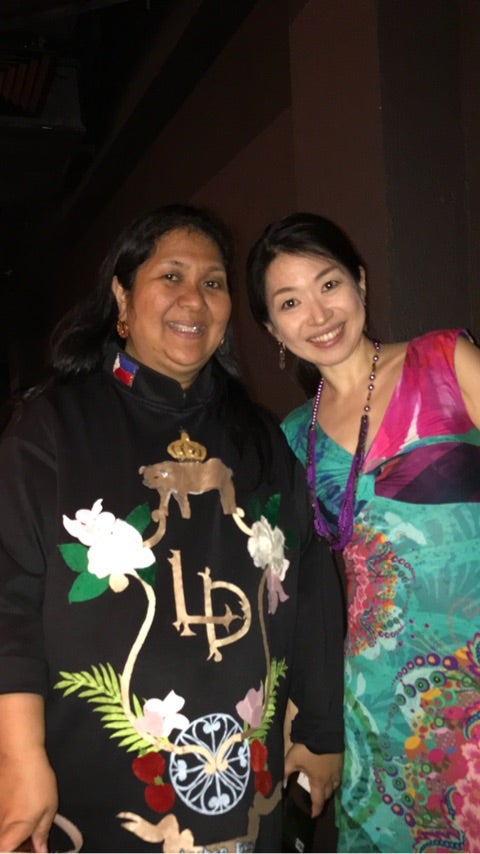 This time I borrowed the oven specially, Lechon. When asking tricks on Dedet, "It is to check the condition that changes depending on the size of pigs and the type of oven, carefully".
Women living in Singapore from the Philippines who cheered as "nostalgic!" To the taste of the direct delivery in the Philippines. 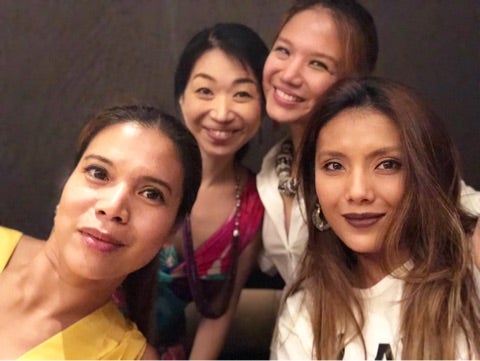 Food was something to connect people and people, friends from the Philippines, it was a fun time!